““...passionate in everything he does. You can feel, see, and hear it in his new project, Saint Unity. Look at the list of featured artists and you only begin to see the scope of what he’s doing. The guy’s on fire!”

MEET THE VOICES OF SAINT UNITY

Ryan truly is a “Saint” of Musical Unity”, and his new album “Saint Unity” is a monumental demonstration of his skills as a keyboardist, producer and writer/arranger. It features world-class musicianship born in the “confluence of cool” and collaborations with top female jazz voices from America’s Heartland. The album and live show feature Marquez’s originals intermixed with jazz interpretations of well known 90’s rock songs from the likes of Foo Fighters, No Doubt, Smashing Pumpkins and more. Horns, keys, electric guitars, synth solos and incredible production from legendary producer/engineer Carl Nappa (The Hit Factory), all meld together into a cohesive tour-de-force of song and sincere musical gift. “Saint Unity” is a journey of who’s-who through the current hottest music scene in the country, St. Louis, Mo.

What They're Saying About "Serenity"

““Perfectly suited to fit right into your playlist for an evening of relaxing self-indulgence. Serenity sets the mood for the climax of such an evening as it builds from gentle beginnings to a crescendo of emotion with virtuoso performances by a star studded cast of this Jazz/Pop collaborative project. ””

Everything You'll Want To Know 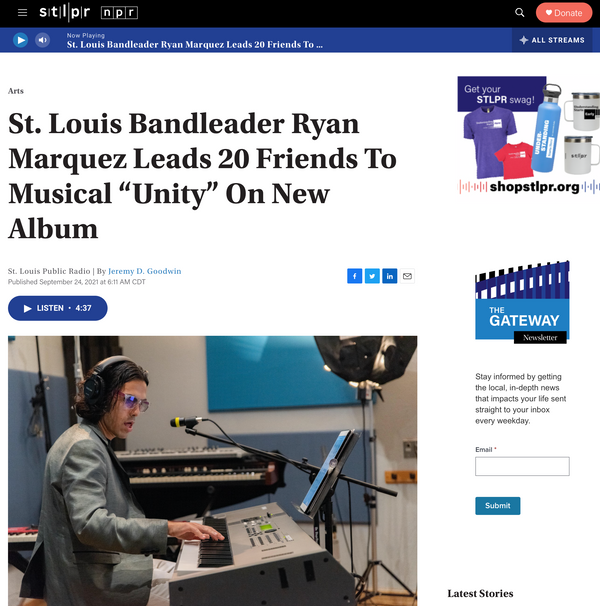 Check out our coverage on NPR/STL Public Radio! 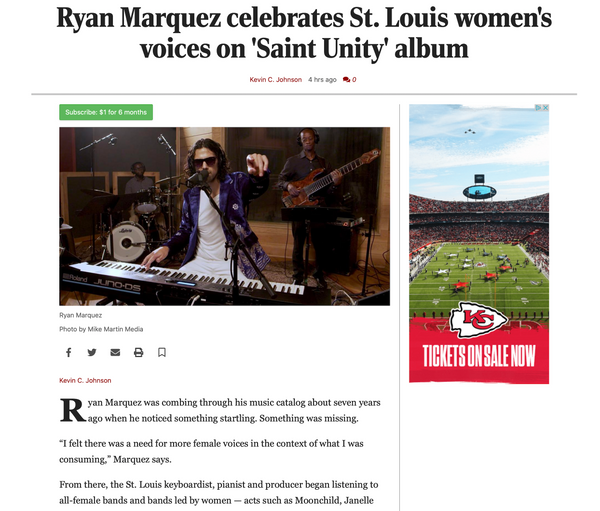 I had a chance to sit down and discuss my new album "Saint Unity" with STL Post Dispatch's Kevin Johnson. I got a chance to catch up with Fox 2's Kim Hudson to talk all about my latest release "Serenity" from my upcoming album "Saint Unity".